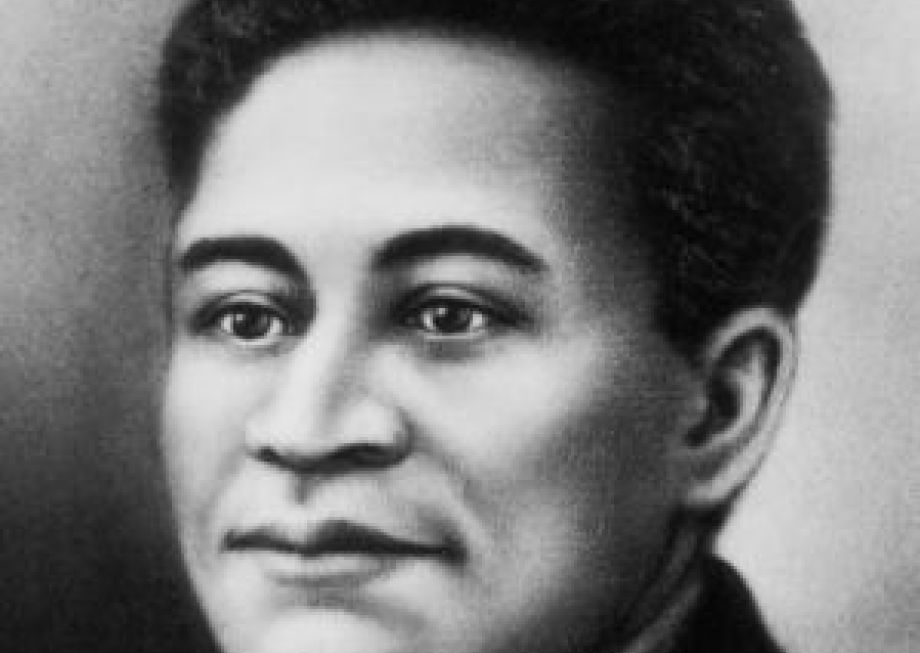 Crispus Attucks
Activist
Born around 1723 in Framingham, MA, Died March 5, 1770 in Boston, MA
Crispus Attucks entered history in the instant he died.
Precious little is known about his life before that.  He is believed to have been the child of an enslaved African-American man and a woman from the Natick tribe of American Indians.  He is believed to have escaped to freedom in 1750.  He is believed to have spent the next 20 years as a rope maker, a trader and a sailor.  But if little is known about how he lived, the manner of his death would enflame the world.
By 1870, the tensions that erupted in war five years later were already running high in Boston; the British had imposed tighter controls upon their unruly American colonies and those colonies had begun to chafe under the restrictions.  On March 5th, the city was still simmering over a fight three days earlier between British soldiers and Boston rope makers.  That night, a group of angry Bostonians encountered a lone British soldier guarding the custom and began to taunt him.  The crowd grew and a squadron of redcoats came to the defense of their colleague.
Attucks, a tall and brawny figure bearing a stout cordwood stick, was said to be prominent in the group of angry Bostonians, rallying them to attack the soldiers, yelling at them not to be afraid.  Future president John Adams, who would successfully defend the British soldiers in court, painted a vivid picture of the incident in his closing argument.
“Attucks with his myrmidons (followers) comes round Jackson's corner, and down to the party by the sentry box.  When the soldiers pushed the people off, this man with his party cried, ‘Do not be afraid of them!  They dare not fire!  Kill them! Kill them! Knock them over!’  And he tried to knock their brains out.  …Now to have this reinforcement coming down under the command of a stout mulatto fellow, whose very looks was enough to terrify any person, what had not the soldiers then to fear? He had hardiness enough to fall in upon them, and with one hand took hold of a bayonet, and with the other knocked the man down.”
And then shots rang out.
Attucks was struck first.  He was hit twice in the chest and fell into the gutter, dead instantly.  Four others would share his fate.
News of what came to be called the Boston Massacre electrified the thirteen British colonies.  It became a rallying cry for those who were pushing for a break with the mother country.  They got their wish five years later when “the shot heard round the world” was fired by American minutemen at Lexington.
In death, Attucks became immortal.  In the years before the Civil War, African-American military units adopted his name.  Today his name adorns number of schools from Boston to Indianapolis to Houston.  In 1888, a statue honoring him and the other four other men killed in the massacre was erected in Boston Common.
His fame does not proceed solely from the fact that he died heroically.  No, Attucks’ death underscores the gulf that loomed then – and still – between America’s lofty ideals and its often-grimy reality.  It embodies both patriotism and paradox.
The first person to die for American freedom was a former slave.
Sources: The Dictionary of American Negro Biography, edited by Rayford W. Logan and Michael R. Winston, Biography.com, Encyclopedia Brittanica, History of the Boston Massacre by Frederic Kidder