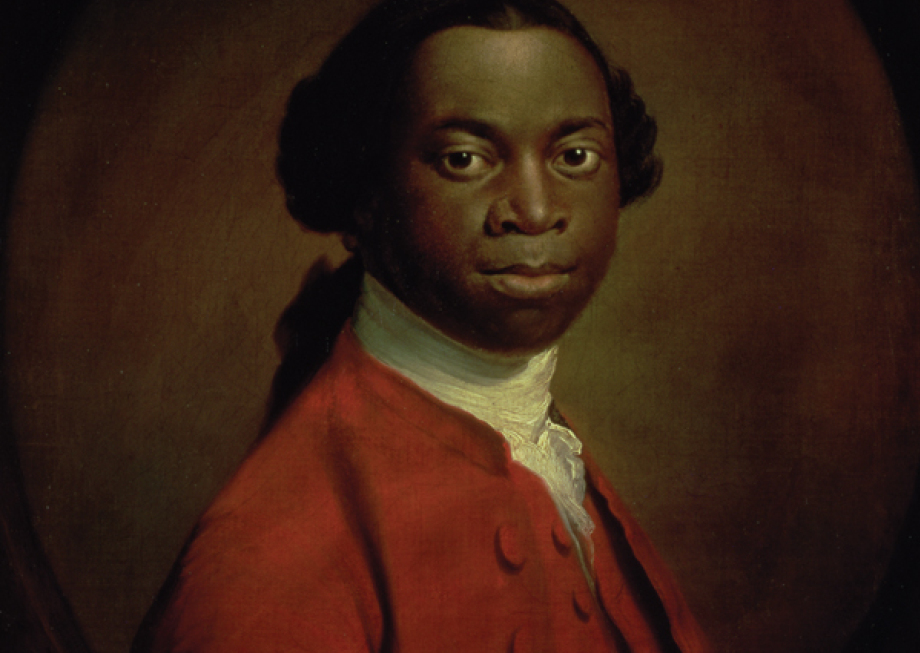 Olaudah Equiano, (also known as Gustavas Vassa)
Author
Born 1845 near modern-day Onitsha in Nigeria, Died 1797 in London, UK
By his telling, the child had never seen nor even heard of white men before.  So when he was kidnapped by rival tribesmen and eventually handed over to them, his immediate fear was what these strange-looking creatures had in mind for him.
As he would write years later,  “When I looked round the ship too and saw a large furnace or copper boiling, and a multitude of black people of every description chained together, every one of their countenances expressing dejection and sorrow, I no longer doubted of my fate; and, quite overpowered with horror and anguish, I fell motionless on the deck and fainted. When I recovered a little I found some black people about me, who I believed were some of those who brought me on board, and had been receiving their pay; they talked to me in order to cheer me, but all in vain. I asked them if we were not to be eaten by those white men with horrible looks, red faces, and loose hair.”
But it was not his life the white men would take from Olaudah Equiano.   It was “only” his freedom.
Thus began for Equiano, the son of a tribal chieftain, a life of varied experiences and world travels.  He would capture it all in a book called The Interesting Narrative of the Life on Olaudah Equiano or Gustavus Vassa, the African.  Published in 1889, The Interesting Narrative is regarded as a pioneering work – the first true slave narrative.  It became an international best seller, running through nine English printings and one printing in his lifetime alone.  It was also translated into Dutch, German and Russian.
As it happened, “interesting” was the mildest possible description of the life Equiano lived.  Purchased in Virginia by a British naval officer named Michael Henry Pascal, he was taken back to England, where he was given an education and baptized and renamed for a 16th Century Swedish king, Gustavus Vasa.  During his eventful life Equiano would witness great sea battles, be re-sold to a Philadelphia Quaker named Robert King, buy his freedom and become a trader and a seaman.
Equiano was also a forceful spokesman for the cause of abolition.  Indeed, as the first of the slave narratives, his biography was a foundation stone for that movement.  Its success built momentum on both sides of the Atlantic for an end to the trade in human lives.