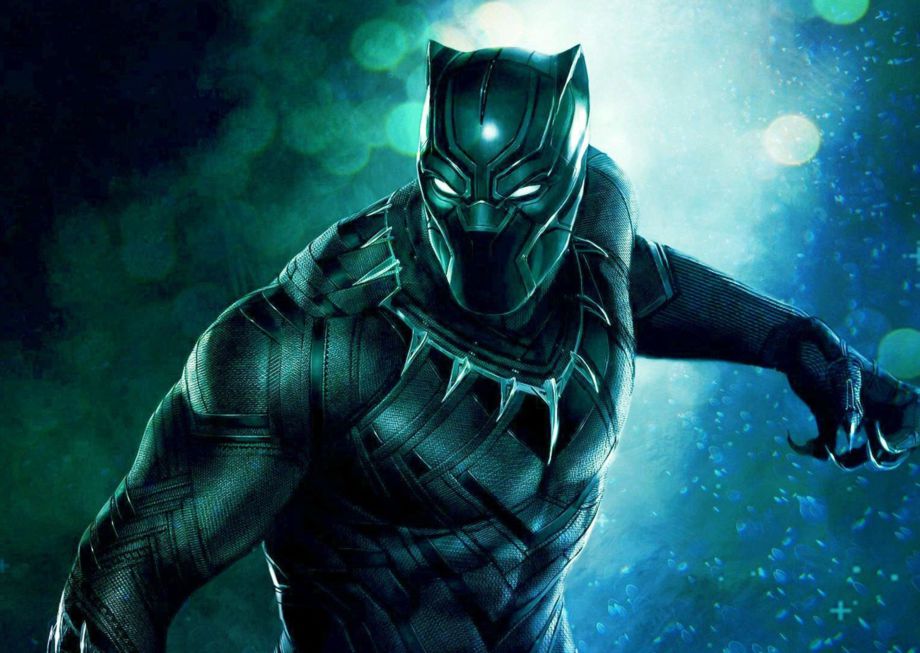 The Black Panther
Created in 1966 by writer Stan Lee and artist Jack Kirby, the Black Panther was the first black superhero in mainstream American comic books.  As conceived in his debut appearance (Fantastic Four #52), he was T’Challa, king of a fictional African nation.
That nation, Wakanda, is wealthy, reclusive and technologically-advanced.  It is also home to the world’s only known deposit of vibranium, a metal prized for its ability to absorb kinetic energy, such as sound.  This makes Wakanda a frequent target of would-be invaders.
In Wakandan culture, “Black Panther” is a title won in ritual combat.  The holder is considered the chief of the Panther clan, the protector and living embodiment of his nation and head of state.  T’Challa became Black Panther by defeating his uncle, who held the title before him.  He gained his powers from having the juices of a heart-shaped herb considered sacred by the Wakandans applied to his body.
T’Challa’s abilities include enhanced senses, strength and speed.  He is also considered a master strategist and scientific genius.  His uniform, made from a vibranium weave, is effectively bullet proof.