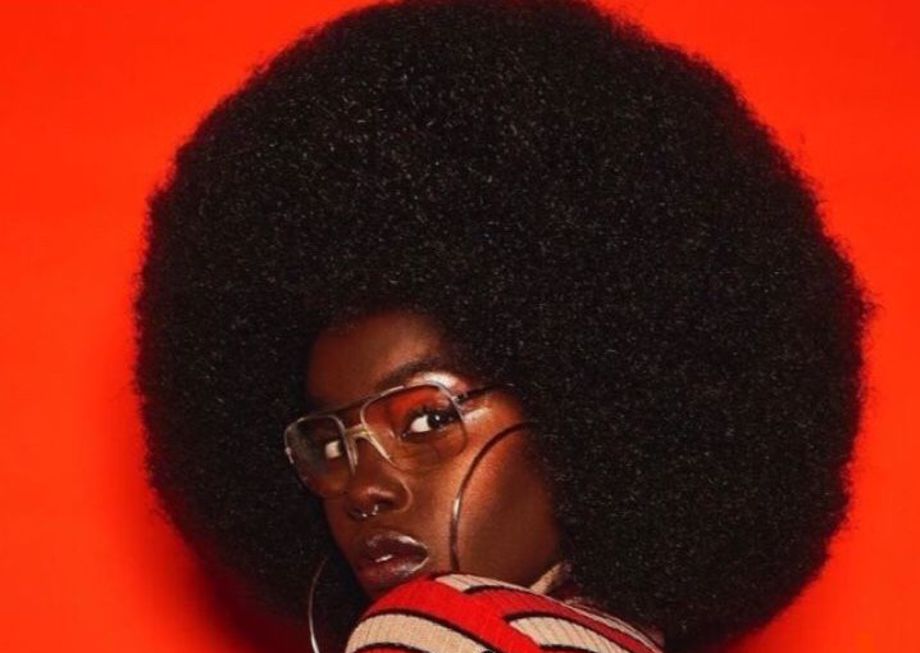 The Afro, also called the “natural,” was a hairstyle popular among African Americans from the late 1960s through the end of the 1970s.  Where African Americans had previously used caustic chemicals to straighten their tightly curled hair in imitation of white people’s lank locks, the Afro was unprocessed and unstraightened.  Though some, especially at the beginning of the trend, wore their Afros in short, conservative styles, others were known to grow their hair to extravagant lengths.
The Afro was a hairstyle so distinctive as to demand an entirely new set of products for its upkeep.  These included oil based sprays like Afro Sheen, which was designed to impart a glistening shine to the hair.  It also included new combs, such as the Afro pick (often with a clenched black power fist as its handle) whose teeth were longer and more widely spaced than the combs traditionally used by white people.  Longer styles required a more elaborate comb still.  The “rake” or “cake cutter” was so named for its exaggerated size.
More than a hairstyle, the Afro was regarded as a political statement expressing solidarity with the goals of the freedom movement and in particular, with the more militant exponents of that movement.  It was also a cultural statement, an assertion of identity and pride in that identity.  The Afro was a way of saying that African-Americans would no longer be delineated or defined by white standards of beauty.
Those facts notwithstanding, the Afro became a national and international sensation, spawning a number of imitations.  Jewish people with naturally curly hair soon took to piling it atop their heads in a style they called the Jewfro.  In Japan, trendsetters wore Afro wigs modeled after the African-American hairstyle.