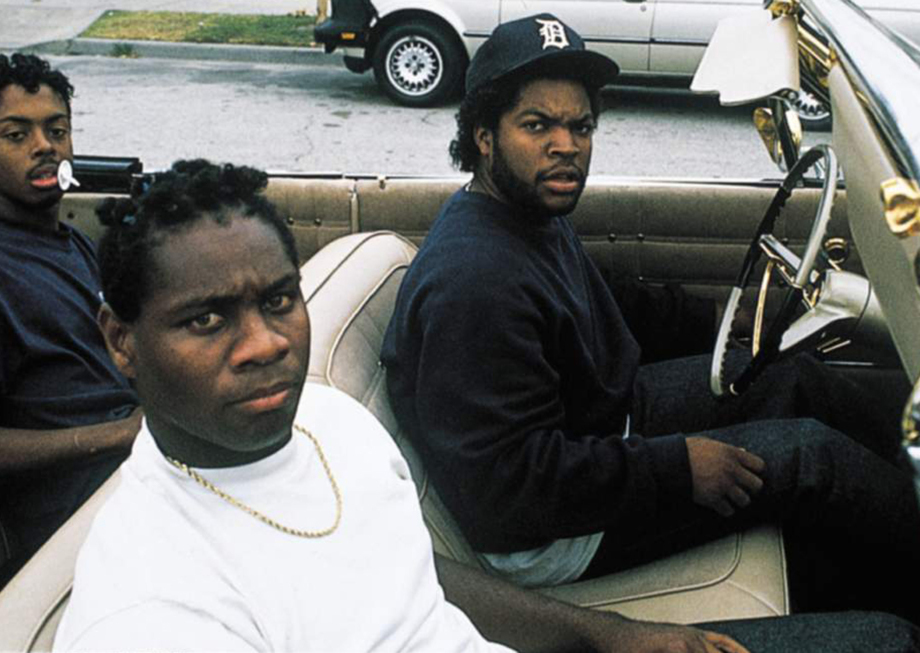 Boys N The Hood
This 1991 film marked the directorial debut of John Singleton, who also wrote the screenplay.  It told a coming-of-age story about a group of friends growing up in gang-ridden South Los Angeles.  Cuba Gooding, Jr. starred as Tre Styles, who is handed off to his father (played by Laurence Fishburne) when his mother (Angela Bassett) decides he needs a man’s guiding hand.  The film also starred Ice Cube as a gangbanger called Doughboy and Morris Chestnut as Ricky, a high school football star.
The movie was released on July 12, 1991 to rave reviews.  The Boston Globe called it a film “that slams us right in the heart.”  The Los Angeles Times dubbed it “strong and striking.”  The New York Times noted its “gut-wrenching finale.”
Boyz N The Hood was a seminal film in a ‘90s genre that came to be known – often derisively – as “’hood movies,” meaning movies that showcased the grime and dysfunction of inner city life.