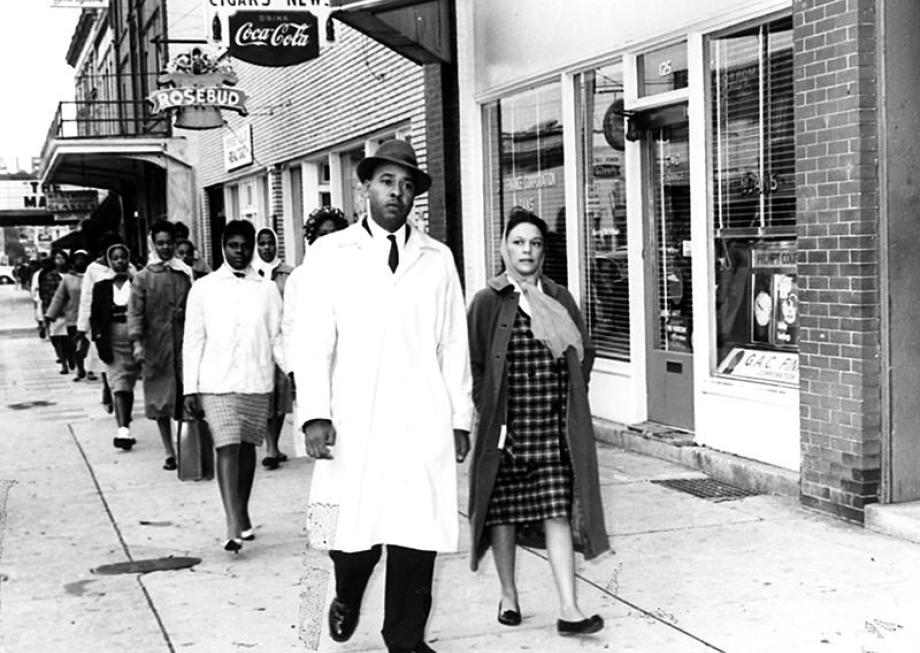 The Albany Campaign
A series of demonstrations that began in the fall of 1961 and continued into the summer of 1962 with the aim of desegregating Albany, a city in southern Georgia.  Though originally conceived by three Student Nonviolent Coordinating Committee workers – Charles Sherrod, Cordell Reagon and Charles Jones - as a voter registration drive, the movement’s trajectory was changed in December of 1961 when its leaders called in Martin Luther King, Jr., both for the attention he would bring to their cause and to keep their momentum going.
But the Albany campaign would come to be regarded as a failure for King.  Police Chief Laurie Pritchett, having studied King’s methods of nonviolent confrontation, worked to deny the movement the images of police brutality that would have galvanized public support.  He instructed his officers to make arrests with a minimum of force.
The city also denied King the publicity a long incarceration would have generated.  King was arrested three times during the Albany campaign, but he could not seem to stay in jail.
On his first arrest in December, he refused bail until told the city had agreed to the movement’s demands.  Only after King was released did he discover that this was unture.  King returned to Albany the following summer and was arrested again.  This time a white attorney anonymously paid his fine.  King was arrested again that summer but, again, was released.
He would leave Albany, conceding that he had failed to achieve his stated goals there, though the lessons he had learned in failing would be put to use the following year in a campaign in Birmingham.
African Americans in Albany would, however, continue their campaign without him and would prove successful.  The following spring, the city struck down all segregation statutes.