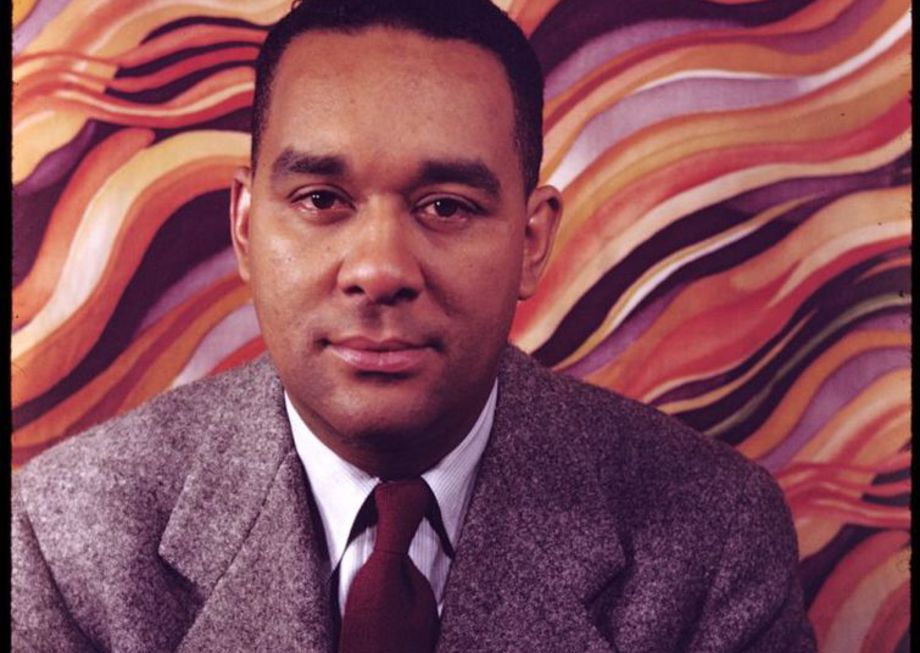 The boy who would grow up to become one of the towering literary figures of the 20th century was born into hardscrabble poverty in a sharecropper’s shack near Natchez.  His father, Nathan, was a farmhand who abandoned the family when Richard was five.  His mother, Ella, struggled to make ends meet as a schoolteacher and, later, a household servant.
She moved Richard and his brother to West Helena, AR,  where she suffered a series of strokes that left her paralyzed and dependent upon her family for food and shelter.  Richard would spend a brief period of his childhood in an orphanage, and the balance of those years being raised by his mother’s parents.
His grandmother saw to his education, but her strict moralism and religious fundamentalism would estrange him from     faith for the rest of his life.  Indeed, Wright came to see Christianity itself as a tool of oppression.
Books provided one of the only refuges from this bitter life.  Wright became a constant and voracious reader, even forging notes that allowed him to check books out from the segregated library on a white person’s library card.  At 16, he had a short story published in a local newspaper.
White moved to Memphis in 1925 after graduating the ninth grade.  Two years later, he moved again, this time up to Chicago, which was then the mecca beckoning to a new life African-Americans weary of Jim Crow justice.  Wright would work a series of odd jobs and also spend some time unemployed and on relief.  He flirted with Garveyism, the back-to-Africa movement founded by Marcus Mosiah Garvey, and also with Marxism before joining the Communist Party in 1933.
He moved to New York City in 1937 to seek his fortune as a writer.   The next year, he published Uncle Tom’s Children, a collection of short stories that earned him a $500 prize from a magazine.  Then, in 1940, came Native Son.
The story of the doomed Bigger Thomas, an angry and aimless 20-year-old black man and his accidental killing of a white woman, catapulted Wright out of obscurity with a loud bang.  The best-selling book was nothing less than a sensation.  Critics dubbed it “important,” “powerful” and “vital.”
Under the headline, “A Tragic Novel of Negro Life in America,” the New York Times declared:
“Mr. Wright leaps at the glaring injustice of the racial code, takes it by the throat and spills blood in every direction.  His story is direct, lurid and alarming; in effect is is the bloodiest and most brutal story of the year.  It makes the reader realize and respond to, as he has probably never done before, the actual, dangerous status of the Negro in America.”
Native Son was brought to the Broadway stage the following year and was later even made into a movie, with Wright in the starring role.
In 1945, Wright published his autobiography, Black Boy, which enjoyed even more robust sales than Native Son.   Other novels and nonfiction would follow, including 1953’s The Outsider and 1957’s White Man, Listen!  He traveled widely through those years, living for a time in Mexico and in France.
Finally, disillusioned by the failures of both communism and white people, Wright left the United States for good.  Inspired by the sense of Freedom he felt there, Wright settled in Paris where he would live the rest of his life as an expatriate American.  He would die there of a heart attack after having contracted amoebic dysentery while traveling in Africa.
Sources: biography.com; newspaperarchive.com, The New York Times, The Dictionary of American Negro Biography