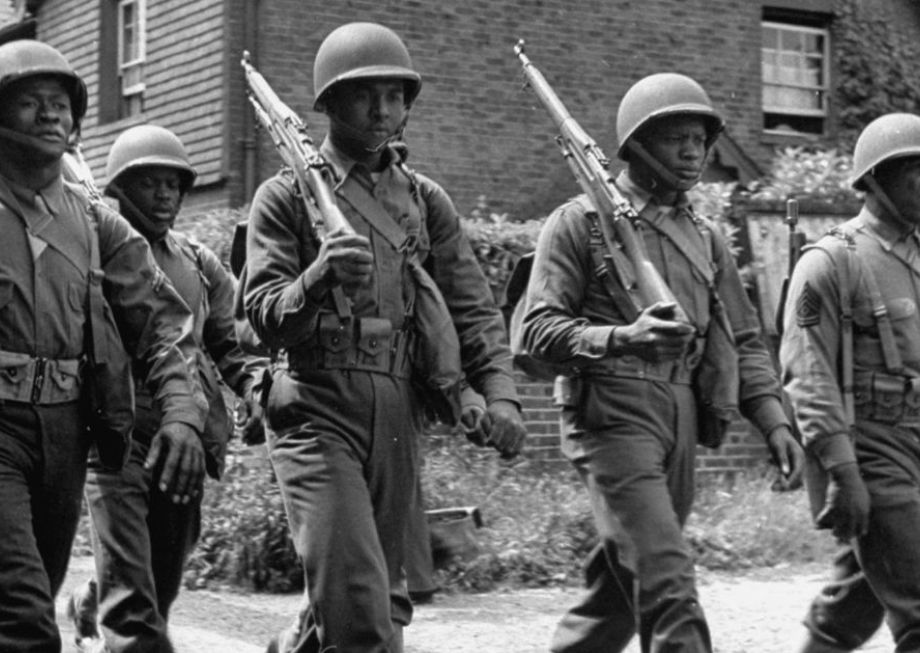 One day in 1944, Cpl. Rupert Trimmingham and eight fellow soldiers found themselves with an overnight layover in small town Louisiana while traveling on duty.  The restaurant at the train depot required that they be served through the kitchen.  Yet without reservation, that same restaurant hosted about two German prisoners of war and their American guards in its dining room. “I stood on the outside looking on,” wrote Trimmingham, “and I could not help but ask myself these questions: Are these men sworn enemies of this country?  …Are we not American soldiers, sworn to fight for and die if need be for this country? Then why are they treated better than we are?”  African Americans have taken up arms to defend their country from its founding, and the dilemma of fighting to defend freedoms they did not possess has dogging them from the beginning.  Yet they have always risen to the call.  From Salem Poor killing a British general at the battle of Bunker Hill to wounded Pvt. Henry Johnson single-handedly fighting off over a dozen Germans in the World War I, to a badly injured Sgt. Ruben Rivers refusing evacuation and leading his men into heavy combat in World War II, to Lt. Ruppert L. Sergeant throwing himself on two grenades in Vietnam, African Americans have always served their country with valor and distinction.
These are…THE MILITARY PERSONNEL.