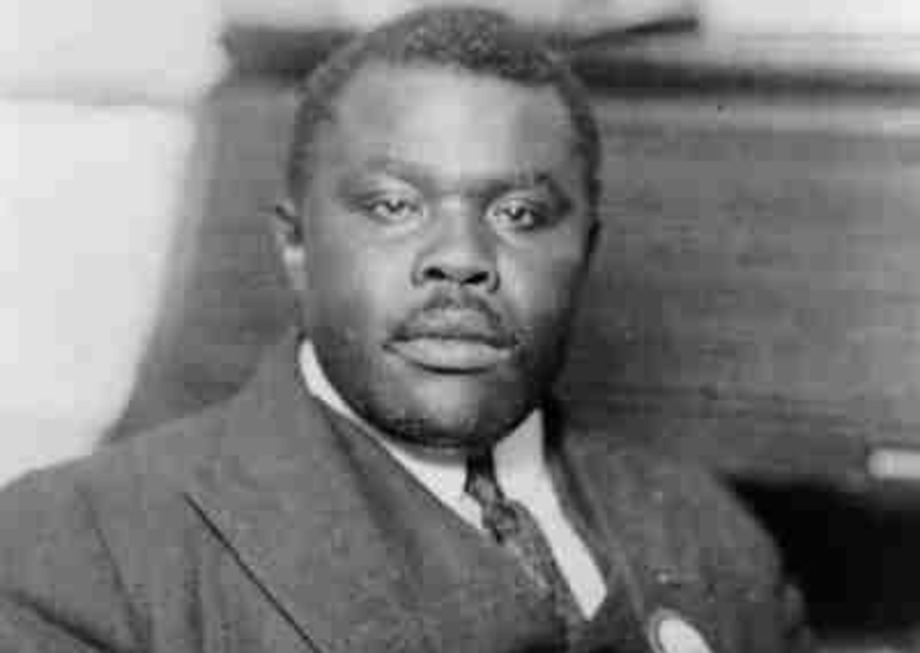 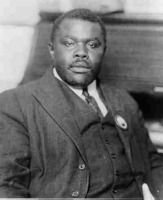 It was the most audacious dream in the world and you could buy a piece of it for just $5.00.
That was the going rate for a share of the Black Star Line, which envisioned a fleet of black-owned ships linking Africans, African-Americans, Afro-Cubans and other peoples of the black diaspora, both in commerce and in the founding of a new nation on the African continent.  Shares in the fledgling company were to be sold only to African Americans, but even with that limitation, the Black Star Line, chartered in June of 1919, raised over half a million dollars.
And Marcus Garvey was at the height of his powers.
The barrel-chested Jamaican, had arrived in New York in 1916.  The youngest of the 13 children of Marcus and Sarah Garvey had grown up as a bright and articulate boy, though financial problems forced him to leave school at 14 to find work as a printer’s apprentice.   By 1904, he was working as a printer in Kingston.  Two years later, he participated in an unsuccessful strike.
Garvey also worked on a banana plantation, where he soon became embittered over the mistreatment of the workers.  When he could not persuade British consular officials to intervene, Garvey’s embitterment began to turn to a conviction that if black people wanted help they would have to provide it for themselves.
In 1912, Garvey went to Britain, where he came under the sway of the Egyptian nationalist Duse Mohammed Ali and also read, for the first time, the self-help philosophy of the African-American leader, Booker T. Washington.  Two years later, having returned to Jamaica, Garvey founded something he called the Universal Negro Improvement and Conservations Association and African Communities League.  The organization would eventually become known as simply the Universal Negro Improvement Association, or UNIA.
Two years later Garvey arrived in New York City.  He was unknown and when he stepped off the boat, that would soon change.  Garvey was a peripatetic whirlwind of promotional activity.  As a speaker he was soon in demand by audiences eager to hear his black nationalist views.  He started a newspaper, The Negro World, which before long claimed a circulation of 50,000, with editions in French and Spanish and readers all over the world.
Garvey bestowed fantastical titles upon high-ranking officers of his UNIA.  An ordinary man or woman would find him or herself dubbed, “Duke of Niger” or “Duchess of Uganda” by Garvey, who styled himself the provisional president of the “Republic of Africa.”  The UNIA was famous for staging outlandish parades down the broad avenues of New York.   Members would stroll in gaudy costumes made in shades of red, black and green.  Leading them all would be Garvey, resplendent in a conquistador’s helmet with a feathery red plume towering above.
As fanciful a show as Garvey and his legions presented, there was nothing fanciful about the jolt of pride he gave African Americans, especially as the First World War ended with a fresh spasm of anti-black violence.  As the UNIA continued to develop black businesses (including grocery stores, a restaurant and a publisher), it fed a hunger for black self-determination that had seldom been acknowledged, much less addressed, by other freedom movements.
As the UNIA grew in robust popularity, Garvey became correspondingly unpopular among other black leaders.  A. Philip Randolph, for example, derided the Black Star Line as “the joke of the maritime world.”
This was, unfortunately, all too true.  For all his strengths as a visionary, Marcus Garvey was no businessman.  The ships he purchased were old, in poor repair and barely seaworthy – and he bought them for much more than they were worth.  For instance, one ship, the Yarmouth, a World War One coal transport, was said to have been worth no more than $25,000.  Garvey bought it for $165,000.
Ineptitude dogged the venture in other ways, too.  A voyage to Cuba found the Yarmouth embroiled in a longshoreman’s strike that stranded the ship in a Havana port for weeks.  Another time, a cargo of coconuts rotted at sea as, rather than allow the vessel deliver the fruits to their intended destination, Garvey insisted upon showing the ship off with ceremonial visits to other ports.
But though its finances and reputation were damaged by incompetence, it was the federal government that ultimate brought the UNIA and its mercurial leader down.  Garvey, whose organization had been infiltrated by spies working for J. Edgar Hoover’s Bureau of Investigation, was tried in 1923 on charges of mail fraud.
Though the case against him was weak, Garvey, acting as his own attorney, was convicted.  An appeal failed and he began a five-year prison term in 1925.  Two years later, President Calvin Coolidge commuted his sentence and deported him to Jamaica.
For the balance of his life, Garvey would try to restore the lost glories of his movement.  But as the Depression tightened its stranglehold upon the nation and the world, there was less time or patience for audacious ideas; most people were simply trying to keep body and soul together.  Garvey moved to London in 1935, where he published a small magazine.  He suffered a pair of strokes and died in London.  His survivors included his second wife, Amy Jacques Garvey and two sons, Marcus and Junius.
Sources: The Dictionary of American Negro Biography by Rayford Logan, This Was Harlem by Jervis Anderson, Negro With A Hat: The Rise and Fall of Marcus Garvey by Colin Grant, The New York Times, PBS.com, Biography.com